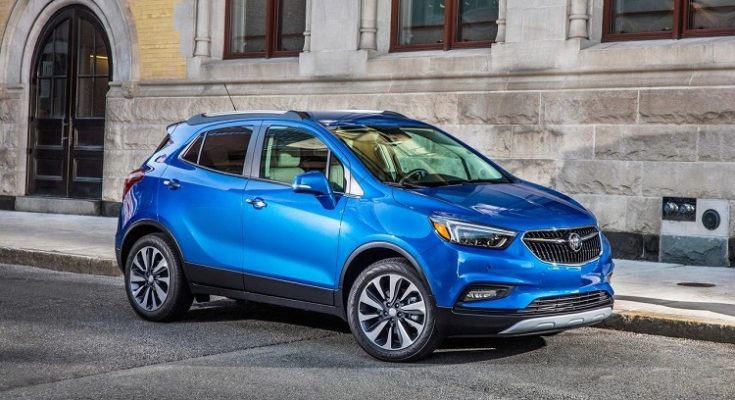 The 2019 Buick Encore comes with a relatively small footprint, in which it carves out fair amount of space as a crossover especially when you go for a premium. Mostly unchanged for the 2019 year model, this little Buick crossover handles the drive really well, especially if you allow it to pass through the challenges of the urban environments.

After a design makeover on the year 2017, the Buick Encore continues to move with the same body styling that packs in the same features as well, but with more efficiency.

When asked for the 2019 year model, the experts of the Camden Buick dealer confirmed that the 2019 Buick Encore carries a trail of trims that includes the base, Preferred, Sport Touring, Preferred II, Essence, and Premium.

The base model of 2019 Buick Encore fits in an array of connectivity and entertainment features like OnStar, a satellite radio, and other power features. At the expense of a few more bucks, the Base Encore can get you the benefits like high-end sound system to entertain and heated leather seats to provide extra comfort.

All the trim levels are evenly distributed with both front- and all-wheel-drivetrain configurations, while in the power front, Buick blesses its Encore with two engine options. One is the 1.4-liter turbo-4 which is  standard on all trims making a 138 of horsepower and a 1.4-liter turbo-4 with start/stop technology that is made available as an option which is capable of bringing out a 153 of horsepower to which one can upgrade into, on most of the upper trims. All the models I the lineup gets only a 6-speed automatic transmission.

After its design update done in 2017, all the models in the entire lineup of the Buick Encore moves with a toned down front end with a more sober looking grille and front end to align with the modernized and subdued styling of the brand.

Though the Encore is trapped in a relatively smaller size, the design bends more towards the elements of the classic styling of SUV, that has a squared-off roofline and hood ignoring the wedge shaped design that is mostly seen in today’s SUVs and compact cars. What can catch your eye, if you knew the earlier Encore models, is that this new Encore is narrower in width and taller in height.

Inside, the 2019 Buick Encore packs many appreciable things like a high-mounted 8-inch touchscreen situated just above the dual-zone climate controls. All of them are kept at an easily accessible distance. The cabin offers smooth and nice looking upholstery which can be further enhanced at an extra amount of money.

To pick up the speed of 60 mph from a dead stop, the 2019 Buick Encore SUV needs 9.5 seconds in some of the AWD configurations, while some of the FWD ones took nearly 10 seconds for the same.

Though slower than many of its rivals, the ride in the AWD model in the Buick dealer Camden was invariably smooth throughout as the 18-inch wheels helped in maintaining the composure. With its sporty styling like thick-rimmed steering wheel, the 2019 Encore cruised better than many other crossovers in its class.

Previous PostKeep Your Car Safe In All Types Of Weather Next PostTrucker's Truth: A Grille Guard Makes a Truck Look Badass

Keep Your Car in Top Shape